Haynes with Coltrane: No One Was Dependent on One Person

SKF NOTE: Between 1961 and 1965 Roy Haynes, subbing for Elvin Jones, made some classic recordings as part of the John Coltrane Quartet, including a live 1963 recording at the Newport Jazz Festival. The Haynes/Coltrane recordings were released in 1978 on a double LP called To The Beat of a Different Drummer. I listened to that album many times, especially the song, Impressions, which lasts 23-minutes. For about half the song, McCoy Tyner (piano) and Jimmy Garrison (bass) drop out. The remaining Roy Haynes/John Coltrane duet is, dare I say, impressive. 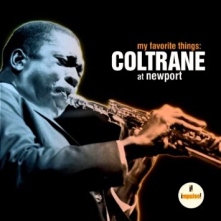 Roy’s 1963 appearance with the Coltrane Quartet is now available on My Favorite Things: Coltrane At Newport.

On November 15, 1978 I asked Roy Haynes to tell me what it was like working with the Coltrane Quartet.

Roy Haynes: Even on a ballad. When they played a ballad the intensity was up there. I liked that feeling. Everyone was doing their thing. No one was dependent on one person, man, the way it could happen with some groups [where] a lot of people are depending on the drummer. There, man, it was equally distributed.

Even though you couldn’t always hear [Jimmy] Garrison the way you should — don’t let him stop playing. Because you would definitely miss him! The feeling was there.

The intensity of McCoy and ‘Trane. Oh, man! That was really a love supreme.

Scott K Fish: Elvin said that what made the Coltrane Quartet so special was that all the members were friends. 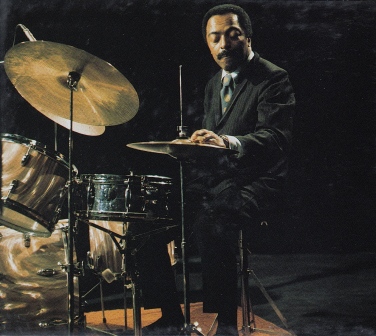 RH: It was there on that bandstand. I felt it. And it was no easy thing at that point to replace Elvin. At that point it was not easy.

It was easy, in a sense, to play with ‘Trane. But that whole group as one thing — each one of them was so important. And to step in there — it was a serious thing. It was probably one of the most serious projects to be involved with, that I was involved with, at that point.

Another thing about ‘Trane: He set it up where a lot of drummers could sound good. But they might not make him feel comfortable.

I could name a lot of people that can’t, and they’re suppose to be great.

That’s what jazz is to me. If you want to use the word jazz. There’s not too many jazz players around today. Very few.

1 Response to Haynes with Coltrane: No One Was Dependent on One Person