SKF NOTE: I don’t remember precisely how I came to interview Fred Satterfield. Photographer John Lee, who had established himself in country music circles as a skilled, reliable pro, may have suggested Fred for a Modern Drummer interview. John was with me either in New Jersey or Pennsylvania when we went to see the Oak Ridge Boys in concert. The band had a crossover hit song, Elvira — and they were excellent musicians and singers.

The Oak’s band was much more than a backup band of players who stayed in the background while the Oak Ridge Boys sang. At the afternoon concert I attended, yes, the singers were the headliners, but all the musicians onstage performed as a band. 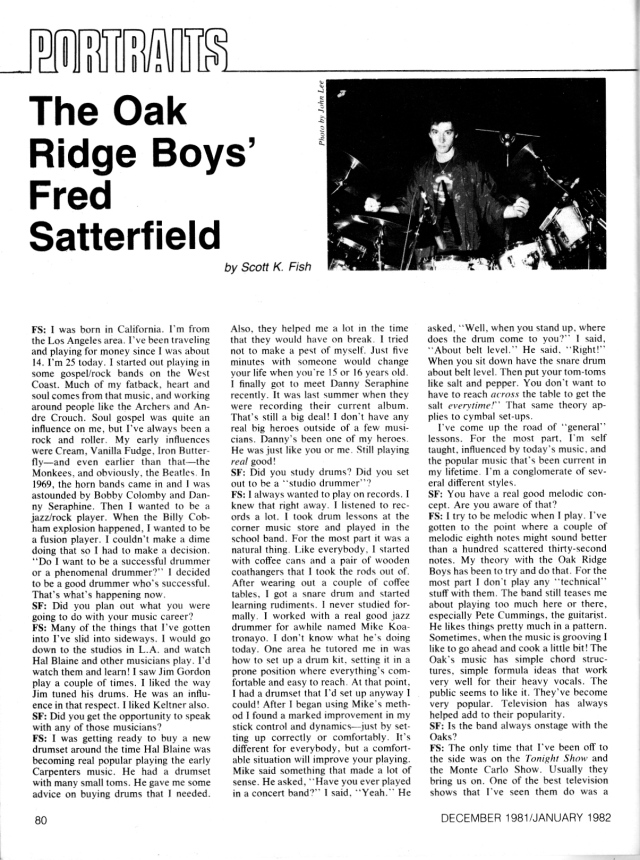