When Photographers and Drumsets Collide 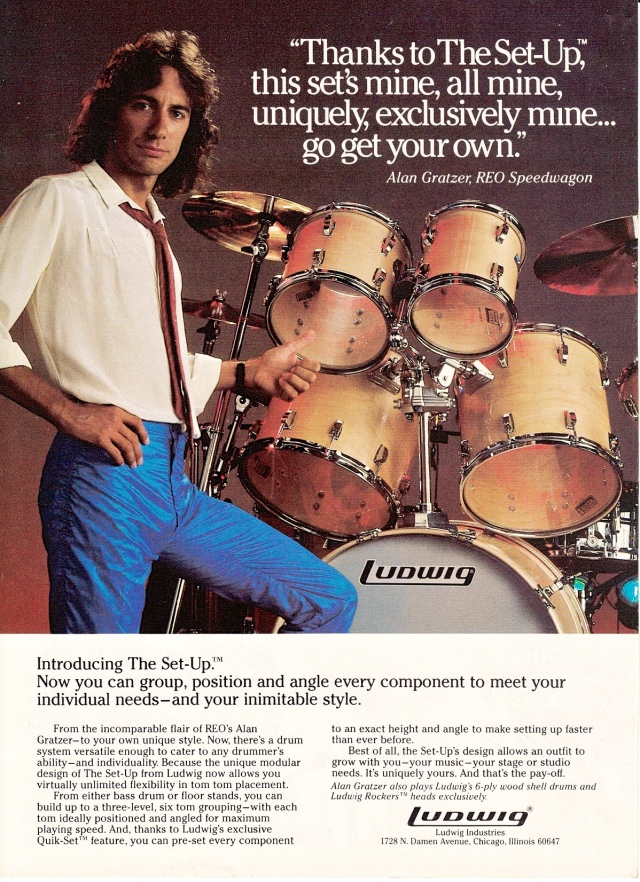 At that time it was still tough for photographers to take pictures of drummers in concert. Music stages were usually several feet above ground level, and drummers were set up on risers a few feet higher still. 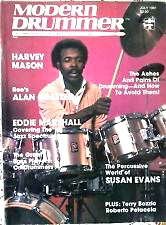 Stage lighting on drummers was sketchy; they often played in dim lights, colored lights, strobe lights. And drummers were always at least partially hidden by their drumsets.

Imagine trying to get live shots of Alan Gratzer sitting behind his “Set-Up” with four rack toms, two over two, in front of him!

If you look at John Lee’s photos published with Gratzer’s MD interview, you can see, I think, the challenge. John could only get side shots of Alan. I was at the concert too, and I remember John and Alan kicking around solutions. And it was Alan Gratzer, I believe, who floated the idea of attaching a series of camera’s to his cymbal stands, pre-focused, that John could trigger electronically.

I loved the idea. It would have been interesting, in 1981, to have experimented with it.