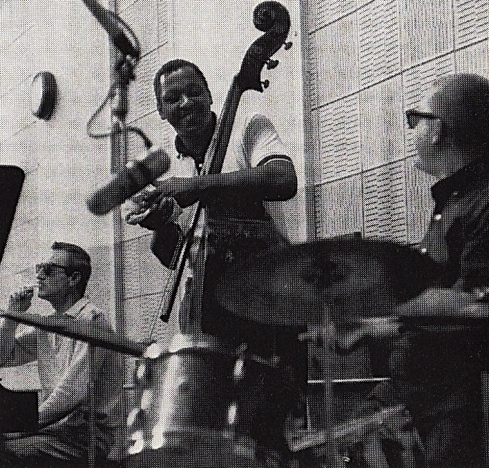 Scott K Fish: What’s the difference between a strong drummer and a loud drummer?

Mel Lewis: What counts is the intensity. The volume doesn’t mean a damn thing.

There’s a volume you can play at that’s sensible. To me, piano to mezzo forte is enough volume for normal playing in a big band. This way the whole band can play this way. You’ll have better feeling, better intonation.

When you get loud you go to a forte or a double forte. Triple forte‘s are not necessary. And when you go from a piano to a pianissimo or softer, you can really tell.

That’s why the guys can hear me in our band and bands that I’ve been associated with.

If I play louder, they’re going to play louder. And before you know it, it’s ridiculous.

I don’t believe in volume to create excitement. I believe in intensity. I control the band no matter what. The drummer is in control of that volume.