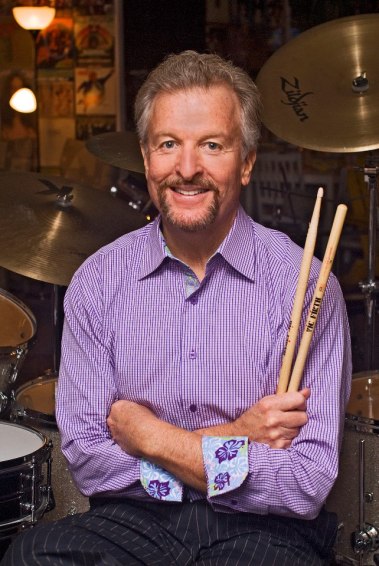 SKF NOTE: My full three-way exchange with drummers Max Weinberg and Paul T. Riddle remains unpublished. In the early 1980s, Max and I were collaborating on a drum book. This interview was done for Max’s book. Part way into that project, Max wanted to take the book idea in a different direction, which I found less interesting than our original book concept. I retained this interview.

Paul Riddle and Max Weinberg are talking in this segment about their passion for continuing to learn, to study, even when they both had reached a level of success with the Marshall Tucker Band, and Bruce Springsteen and the E Street Band, that sometimes causes musicians to skate, to stop improving.

Paul T. Riddle: It really aggravates me, sometimes, to see players that do get lazy, though. They get to the point where we [Max Weinberg and Paul T. Riddle] are, and they get lazy.

PTR: Yeah. They feel satisfied or whatever.

You asked me before if I felt I was at the point where I could just lay back. And that aggravates me. I can’t really understand that. I don’t relate to it. I guess that’s why it aggravates me so.

You might as well put the sticks down and go do something else that makes you happy. Because evidently you aren’t happy doing it any more.

PTR: Good for you.

MW: Because, I could read when I was a kid, and then I got away from it.

PTR: That’s the same thing I did.

And I come upstairs, and my wife gets home from school, and I said, “You know, it’s fun learning this stuff just to learn it. Just to know that you can do it.” Because I’ll never do any of this stuff playing with Bruce [Springsteen].

PTR: But, doesn’t it gve you confidence?

MW: Much more confidence. This is the first time where I’ve really gotten into it at this level; where my playing is so much better than it was a year ago.

It’s going to be interesting going on tour. I always get very nervous before a show. Not scared nervous, but I do a lot of practicing, and I pace a lot.

PTR: I do that too. I found that I can really relax better before a show if I’m by myself. Some people don’t understand that. I get uptight if I don’t have that time. That’s when I get nervous.