SKF NOTE: I had not seen this Zildjian Steve Gadd advertisement in many years. But a couple of weeks ago, I noticed the ad on the back cover of Modern Drummer‘s October 1981 issue — and I smiled.

Zildjian used this same template with drummers other than Steve Gadd. But this Zildjian/Gadd ad is memorable for two reasons. First, because it is a nice photo of the cymbals, hardware, and drums of arguably the premier drummer at that time. I’ve made the point before: 1981 was before the internet. Photos of famous drummers and/or their drumsets were not easy to come by.

The second reason this ad is memorable is because in 1981 Steve Gadd was endorsing Yamaha drums. In this Zildjian ad Steve is playing a Ludwig snare drum. Steve was neither the first nor the last drummer to use drums or cymbals — especially in recording studios — other than the drums and cymbals they were endorsing. But the public rarely saw photos of high profile drummers mixing and matching products they were endorsing.

And it was rarer still to see such mixing and matching in a beautiful four-color photo on the back cover of the world’s most popular drum magazine. 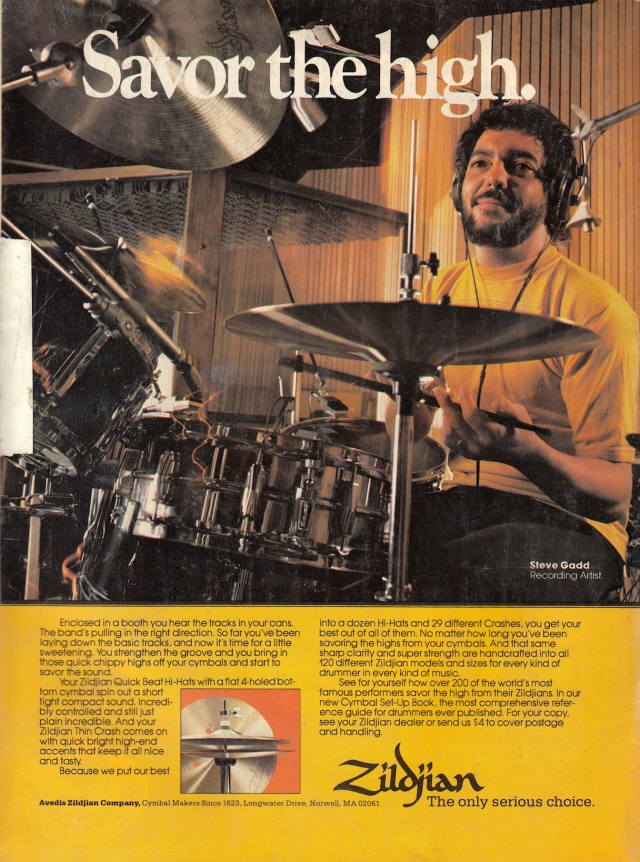