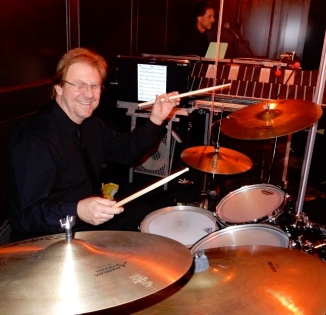 SKF NOTE: David Dix is teaching drums at A.J. Percussion in Tampa, Florida. On November 16, 1981, David was on the road with The Outlaws having recently released the band’s sixth album, Ghost Riders. Our mutual friend, drummer Paul T. Riddle, introduced me to David Dix and I did a feature interview with David for Modern Drummer.

This exchange is from the transcript of that interview — which I was reading just this morning. It occurs to me that some of the gear/equipment information in this and other interviews from 30-plus years ago might be of use to music historians and David Dix/The Outlaws fans.

David Dix: I’ve been using them for close to three years now. I don’t have an endorsement with them. From what I understand they’re only taking on a very few people, a very select few. People like [Jeff] Porcaro and [Steve] Gadd.

That doesn’t really bother me. I’m not really interested in having an endorsement. I want to play a good set of drums. I figure they’ll come to me one of these days.

Before [Yamaha] I was using a Rogers set — a combination of Rogers and Pearl. It was a Rogers bass drum, rack tom and floor tom. And I had some Pearl concert toms and a Pearl snare drum. It was a mix-and-match thing that got put together over the years.

I finally stopped using the concert toms altogether because I wanted to go for a more rock power-type setup. I went to bigger drums. I’m using two bass drums, a 9″x13″, 10″x14″, and an 18″ on the floor because I like that bottom. I’m using a Tama snare drum. I think it’s 6 1/2″ standard wood.

I do have an endorsement with Zildjian. When I got that, that really meant something to me. The [Zildjian] people like Len DiMuzio and all those people are just great. Anytime I need anything it’s just no problem to get it. If you’re in the area you can go to the [Zildjian] factory and hand pick your stuff if you want. That means alot to me. 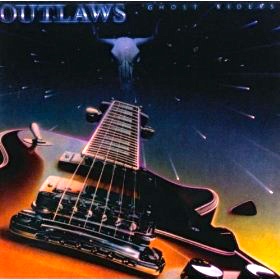 I’m using a 22″ Deep Ride, four crash cymbals which are — one 16″ and the rest are 18″. And a [14″] pair of those Quick-Beat hi-hats. I’ve got an Earth Ride and a Swish. At one time I was using two ride cymbals and the Swish with the crashes. Since then I’ve modified it.

DD: I like it. It’s a nasty sounding thing. But they’re loud, man. There’s almost no overtones. It’s just a thick…. They cut real well.

I like the regular Deep Ride so much that I just went with that all the time. The Deep Ride I have was at the NAMM Show in ’78, I think, in Atlanta. Len DiMuzio was demonstrating it.

I said, “Man, I would really like to have that cymbal.” Dealers couldn’t even get them then because [Zildjian had] just come out with the line.

Marty Lishon, who runs Frank’s Drum Shop in Chicago is a good friend of mine. He talked to Lenny, and when the NAMM Show was over — I was able to get [the Deep Ride]. Remember the old K. Zildjians? It’s the same sound. Not quite as funky sounding, but just a real nice tone.

DD: Twenty-four inch. I like 24″ just for the sheer volume. I have been using muffling inside the drums. When I was playing clubs I wouldn’t put anything in the bass drum at all. I’d just muffle the head itself — either with those felt strips or tape or both. If you get the head muffled down enough with just that, you don’t have to put anyting inside the drum. It really kicks.

When you take a 24″ bass drum and put something inside you don’t have a 24″ bass drum anymore. The main reason I’m still using stuff inside my bass drums now is because of the sound men. It’s just easier for them to get a sound on a heavily muffled drum. But I’d like to go and work it in to where I don’t actually have anything inside the bass drum at all, and just muffle the head itself.

I have front [bass] drum heads on but they’re cut out.

Alot of guys like [John] Bonham and…. Simon Phillips uses a front head on his bass drums and he’s got a rig, I think, with the mikes down inside. I don’t know if I’m ready to go that far yet. Then you’re really talking about going around-and-around with the sound men. Sound men, for some reason, can’t deal with overtones and ringing drums.

SKF: Is your studio set-up the same as the onstage set-up?

DD: Yeah. Last year when we were at The Record Plant doing the Ghost Riders album, the first couple of tunes I used my set on. And then [ audio engineer Ron ] Nevison wanted to go out and rent another set of drums. For what, I don’t know. You can’t tell the difference on the record. It all sounds like the same set.