Jaimoe: The Decision to Be a Pro Musician

SKF NOTE: This is a small piece of a longer interview that took place on April 3, 1982 after an Elvin Jones drum clinic at Professional Percussion Center in New York City. Taking part in the interview were Max Weinberg, Jaimo Johnson, me, and Candy Johnson. Candy was Jaimo’s wife and the late Allman Brother’s Band bassist Berry Oakley’s sister.

Jaimoe has gone through a few ways of spelling his name. Today he is legally Jaimoe. At the time of this interview he was Jaimo Johnson.

This interview was meant to be included in a book Max and I were writing. Max wanted to take the book in a different direction. I didn’t. So we amicably went our own ways, with Max publishing his book, The Big Beat. Jaimo’s interview stayed with me.

Jaimoe in his home practice room circa 1981. Photo by Scott K Fish

Scott K Fish: Was there ever a time when, like a lightning bolt struck you, you said to yourself, “I don’t care what it takes. I’m going to be a professional musician”?

Jaimo Johnson: Yeah. That happened when I was in the 10th grade.

JJ: I just got out my set of drums. It was February 1960. February 28th. I was playing the drums and I thought I was pretty good. For what I was doing, I was pretty good. I wasn’t a damn professional or anything like that. I had good rudimental hands and I was interested in learning.

This friend of mine, Benny Lockhart…, him and Len Barney, he told me, he said, “Hey man. You got to go on by The Throne and hear this band.”

There was this place around the corner called The Throne Lounge.

“They got a bad drummer over there from New Orleans.”

Well, that bad drummer turned out to be Charles Otis. Honeyboy. And man! You talking about walking around in a daze? Jesus Christ! I mean, you only heard playing like that on records. And this was happening in Mississippi, man, in 1960.

Candy Johnson: So, hearing it live made the difference like that?

MW: What kind of band was it? 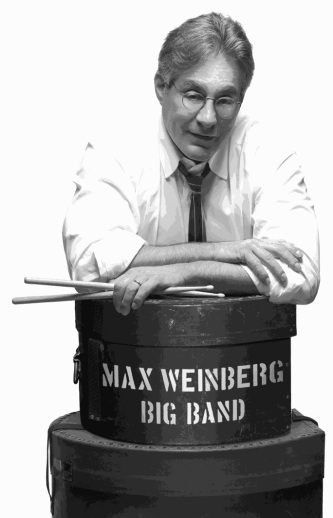 JJ: They played everything. Charles Fairley is from Pascagoula, Mississippi. Charles Otis is from New Orleans. Otis Dubonnet was the bass player and he was from New Orlenas. And Duke Verrell was the piano player.

Now, everbody in that band [would] sing. Otis, the bass player, he’d sing stuff like those Billy Eckstine kind of tunes. He didn’t even use a microphone. That’s the kind of lungs he had.

And as bad as Honeyboy was, Honeyboy sang 90-percent of the songs. And he sung everything: Ray Charles, Fats Domino. You name it, he sung it. But, he admitted, he said, “Man, Otis [Dubonnet] can sing.” He said, “‘Cause I don’t have them kind of lungs. If I don’t use that microphone,” he saaid, “I won’t be able to talk to you by the time I leave here.”

Those cats, man, they were playing…. This is when I got hip to [John] Coltrane too. They were playing Giant Steps and all that stuff, man. Horace Silver tunes. They’d do that for about an hour-and-a-half. Then Honeyboy would start singing. And he’d sing stuff like, “In the morning when the sun comes up / She brings me coffee in my favorite cup. [Hallelujah, I Love Her So]. He sang it all, man.

But, everybody in the band [would] sing. And Charles and Charles — Charles Otis and Charles Fairley — had been knowing each other since they were 17.

MW: How old were they at this time?

MW: So they were quite a bit older than you.

SKF: How did hearing Honeyboy change your concept of yourself? 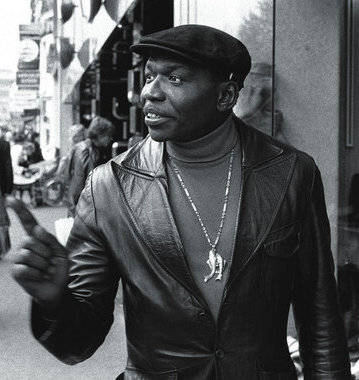 MW: That was the first time you’d heard anything like that?

JJ: Right! Man, it just blew me away.

JJ: I tell you, man. I wanted to quit playing the drums.

MW: That will make you want to do that. Sure.

JJ: Because…. I’ll tell you what I did do. I had been with Honeboy then. I was like his shadow, man. We had a band called The Matadors. I was Honeyboy’s shadow. I’m not kidding you. I was his shadow.

One night they played at Beck’s Playhouse. They played like a jazz hour thing. They played from 3:00 to 7:00. Then they went down to the beach and played their regular gig.

Well, we [The Matadors] came in to start playing at nine o’clock. And I had been sitting there watching Honeyboy play. And I had all these damn drums like they use today, because I was into Gene Krupa and Cozy Cole. Cozy had Topsy out.

MW: He had that big drumset.

JJ: Right. He had, like, two tom-toms here and two tom-toms on the floor. He played two bass drums at one time.

But, I had all those drums, man, and we started taking them out [of] the car to go set up. [The] cats were helping me put the stuff up, and I said, “Wait a minute, man. Put this stuff back in.”

They say, “What? You’re not going to use them?” 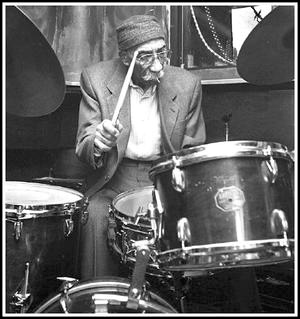 JJ: They are a distraction from playing the music. Because of something sitting there you’re just sitting there playing. I mean, it’s not really adding anything to it. I mean, it’s not nothing about it. It’s’ not fiery or hip or whatever. It’s unnecessary energy. It’s a waste of energy to just play something just to play it. And that’s what those instruments do unless you sit down and practice with them. And then, when you go on the gig, if you’ve got four or five tom-toms, you know how to use them tom-toms without the damn set turned into Drumsville.

MW: Right. The object is to make music.

Honeyboy use to play a snare drum, a bass drum, a ride cymbal, and a sock cymbal. And man — phew! It was something else.

Well, in ’63 I went out in Texas with these guys in a rock band. Make us some money and play in these Mexican bars and shit. So, one night somebody breaks in the station wagon they got my two tom-toms.

So, for a year-and-a-half, I had to play, and that bass drum was the tom-tom and the bass drum. And you knock the snares off and, you know, it was just a matter of flipping those snares on and off, playing different things.

MW: That’ll give you some independence things.

JJ: But, I could have went crazy if I had not seen that it had been done.

MW: So you saw that it was possible to play that kind of music on just a snare drum and a bass drum.

MW: That’s it. You have to learn the basics.

JJ: You have to learn the basics. And that snare drum is the primary instrument.