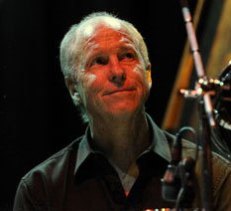 SKF CORRECTION 12/18/2015: There is good news and bad news. The good news is, this week I had an email and then a phone call from Barry Keane. It was great to reconnect. Just like old times. The bad news is, Barry reminded me that it is he, not Jim Gordon, playing drums on Gordon Lightfoot’s The Wreck of the Edmund Fitzgerald.

In my original post on DrumForum.org — which I have posted below –I was w-r-o-n-g. I’m sorry, Barry. Thank you for letting me know.

I had the story half right. The Gordon Lightfoot song Barry told me, years ago, where Jim Gordon’s drumming really makes the song is Sundown.

I met Barry Keane when he was drumming with Gordon Lightfoot. Barry maintains what really makes Gordon’s song, The Wreck of the Edmund Fitzgerald, is Jim Gordon’s drumming. Especially his use of his tom-toms.