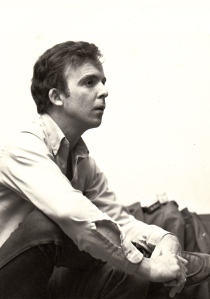 Scott K Fish circa 1982 at MD interview for M’Boom.

In Revisiting My Life in Music: Early Days at Modern Drummer I write about how the preliminary actions the MD Editors and Art Director took in deciding which columns and feature stories were in each magazine. Using the December 1982 MD as an example, I said I would tell you about actually putting together – assembling – MD issues.

MD editors were always working on three issues at once in different stages of publication – like an assembly line.

At the bottom of the last page of the December ’82 issue is a teaser for the next MD, the January 1983 edition. It tells readers MD will include interviews with Peter Erskine, Chester Thompson and Jim Gordon. So, those interviews were either complete at MD‘s office, or we were fully convinced they would be completed on time. Otherwise we would not have included them in our “Don’t Miss It!” teaser. 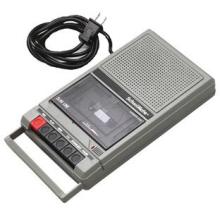 To put an MD issue to bed we needed all copy for the features, columns, letters to the editor. Look through any MD. We needed, in hand, all the copy you see. And we were publishing on schedule. There were several entities in the MD publishing chain counting on us to stay on schedule. From the magazine printer, to distributers, to subscribers.

Let me spend a moment on the logistics of a typical Modern Drummer feature interview. This might give better insight into why, from the Editor’s desk, having a completed interview manuscript – or at least an audiocassette – was a great feeling.

Step one in interviewing was finding the drummer (or his spokesman) and seeing if they were interested in interviewing for MD. Sometimes drummers were not interested, or they had demands of MD to which we just could not agree. But, when a drummer said yes to an interview, we had to then find a time and place for the writer, drummer — perhaps a photographer — to meet. Ideally, interviews/photos happened at one session. Sometimes they happened at multiple sessions.

Even with phone interviews we still had to connect photographers with drummers.

There were many variables at this stage of interviews. The drummer’s management might set up the interview in a noisy setting, making it impossible to conduct an interview the writer could hear during tape playback. 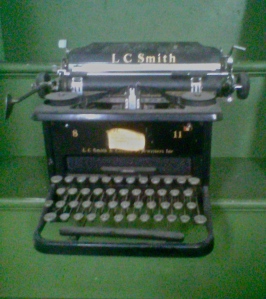 The typewriter I first used as an MD freelance writer and, briefly, as Managing Editor.

Management might not schedule enough time to conduct a feature interview. I was re-reading an old notebook in which I mentioned spending 17 consecutive hours interviewing Jaimo and Butch Trucks of the Allman Brothers. That wasn’t 17-hours sitting around a tape recorder. I saw them in concert at two venues and interviewed them in two or three locations.

Sometimes management would say, “You have 30-minutes to do your interview.” No way. 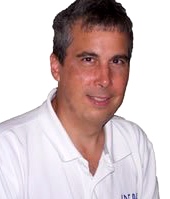 Feature interviews were taped on audiocassettes, then transcribed using typewriters and typewriting paper. Double-spacing between lines! We were using proofreader’s marks, needing white space for indicating moving text, modifying text, cutting/adding words. You had room for about 300-words on one side of an 8.5 x 11 sheet of typewriter paper.

Feature interviews were no less than 25 double-spaced typewritten pages. At 300-words per page that’s 7,500 words. Remember: that’s the final edited interview. Typed transcripts of full interviews could easily be twice as long. Even fast typists – which I am – often found it slow going. 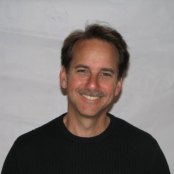 MD Editors also had to have photos in hand. Again, this was the pre-digital world. There was no emailing jpegs. Photos came by snail mail, usually in 8 x 10 or 5 x 7 prints. Sometimes we used color slides. We may also have used 35mm negatives, but I don’t remember that happening.

All the regular photographers I worked with were exceptional. When they said they would take and deliver shots of a drummer – that’s all I needed to know. They always delivered. (While I’m on the subject, the same is true of MD’s regular freelance writers.)

Sometimes I had to improvise with photographers. Jim Gordon‘s interview in the January 1983 MD is an example. Jim Keltner arranged that interview. One day I will share that back story. Part of the story: it was doubtful Jim Gordon was going to pose for an MD photographer at all.

Keltner mentioned during a phone conversation with me that his son, Eric, was a photogapher. Eric was young. He may have still been a teenager. But Eric and Jim Gordon knew each other. So we gave Eric Keltner the green light, Jim Gordon allowed Eric to come to his house to take photos, and those are the photos we used for Gordon’s MD interview.

Finally, we needed to have at MD‘s office all of the advertisement photos and copy. Ad sales keep MD alive and determine, to an extent, the number of MD pages in an issue.

At last! MD‘s Editors and Art Director have before them all the contents for the December 1982 issue. This is where Art Director Dave Creamer took over.

MD Editors would meet with Dave and make decisions about order of interviews. About the photos we wanted to use in each interview. About the MD cover photo and the copy overlaying it.

Dave would take all that input, all of the content/photos from MD‘s Advertising Director, Kevin W. Kearns, and make it all fit into December 1982’s 124 pages plus front and back covers. This is called “laying out” the magazine. It’s tricky business. You have to be conscious of interview text jumping pages, the layout has to be appealing visually and to readers’ eyes.

When Dave Creamer was finished, he and the Editors would review Dave’s layout, making corrections and suggestions. The whole process was literally done by cutting-and-pasting each magazine page, sending the printer hard copies with instructions on sizing photos.

We’d receive a mock-up hard copy — our last chance at spotting errors — and then the printer was given the “Let ‘er rip!” order. And – Presto! – the new issue of MD was born and on its way to subscribers and newsstands.

3 Responses to Revisiting My Life In Music: Early Days at Modern Drummer Pt. 2