Al Jackson Didn’t Do Anything; He Just Played 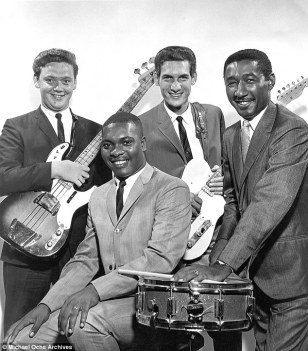 SKF NOTE: Music critic, manager, and record producer Jon Landau wrote, ” Al Jackson kept perfect time, played with extraordinary simplicity, was exceptionally powerful, got the toughest sound and left the vocalists with the maximum amount of space in which to do their thing.”

Mr. Landau quoted Jackson as saying, “In some tunes, the straighter you play it, the better. You try to stay out of the way because you are selling the tune itself and not the drummer. He could get fancy — but what would it really matter? You’d be taking away from the tune and the artist. The simpler you keep it, the better.”

Photojournalist Valerie Wilmer wrote a posthumous piece on Al Jackson. In it she spoke with Duck Dunn, a bassist who worked closely wit Jackson on almost all Jackson’s recording and performances.

“He didn’t do anything, you see. He just played.”