SKF NOTE: I am surprised by Down Beat Publisher Charles Suber‘s First Chorus. In Down Beat‘s 40 year existence (as of 1974), Buddy Rich is only the second drummer DB readers chose for DB Readers Hall of Fame. The first drummer is Gene Krupa.

There list of pioneering drummers between 1934 and 1974 is a long one. So, on one hand, it’s a shame there are so few drummers in DB‘s Hall of Fame.

But there’s another side to this story, a side I remember thinking about tallying results of one Modern Drummer Readers Poll. I had this notion of fairness. I never thought about it. It was my assumption that at some point, every drummer deserving a place in the Hall of Fame gets it.

Then I did the math. I ran the numbers. One Readers Poll per year. One Hall of Fame winner per year. Time is not kind to deserving drummers not in the public eye who, with each passing year, drop further from the public eye.

Bottom line: Not every drummer who should be in the DB Hall of Fame, or MD’s Hall of Fame, will have that honor. The same is certainly true for musicians on all instruments.

What I’m posting here is the DB Hall of Fame cover and page showing Buddy Rich’s win. Also, Charles Suber’s Buddy Rich remarks in his preview of the poll results. Finally, the Slingerland ad — a nice photo of Buddy — is from the same DB. 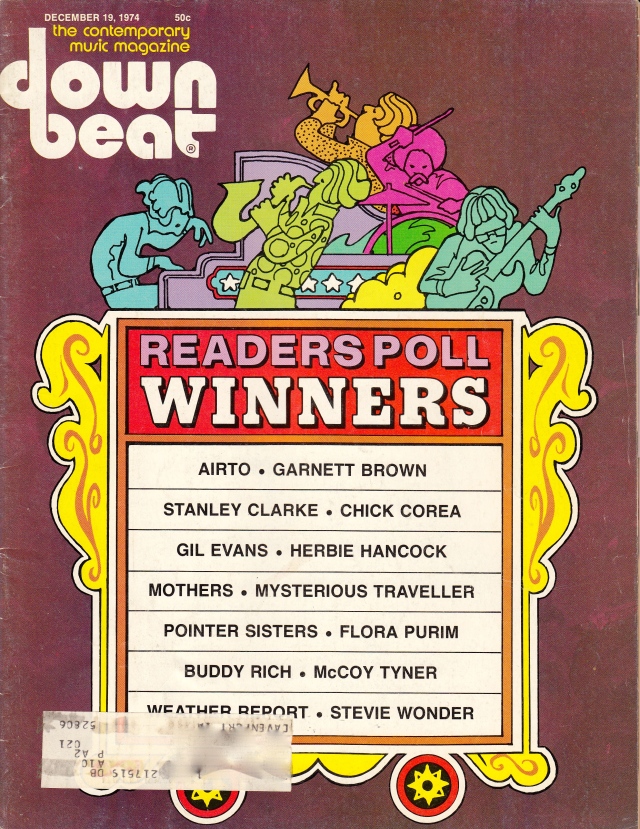 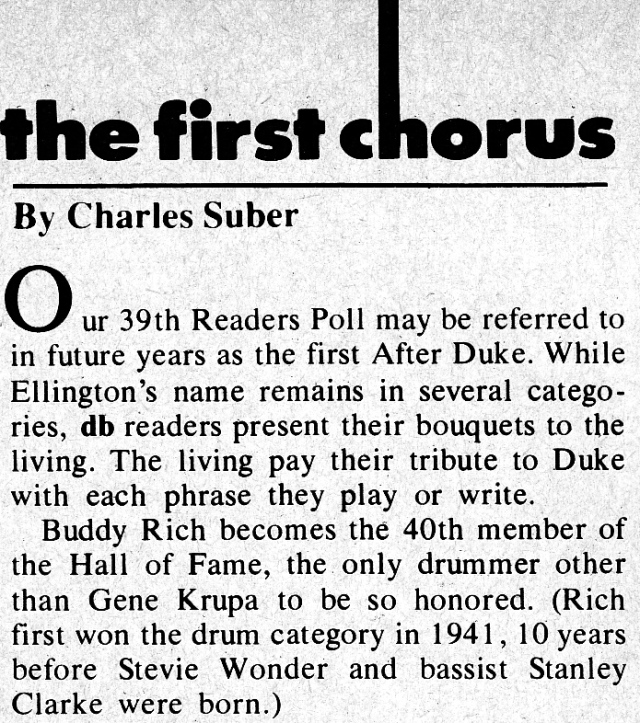 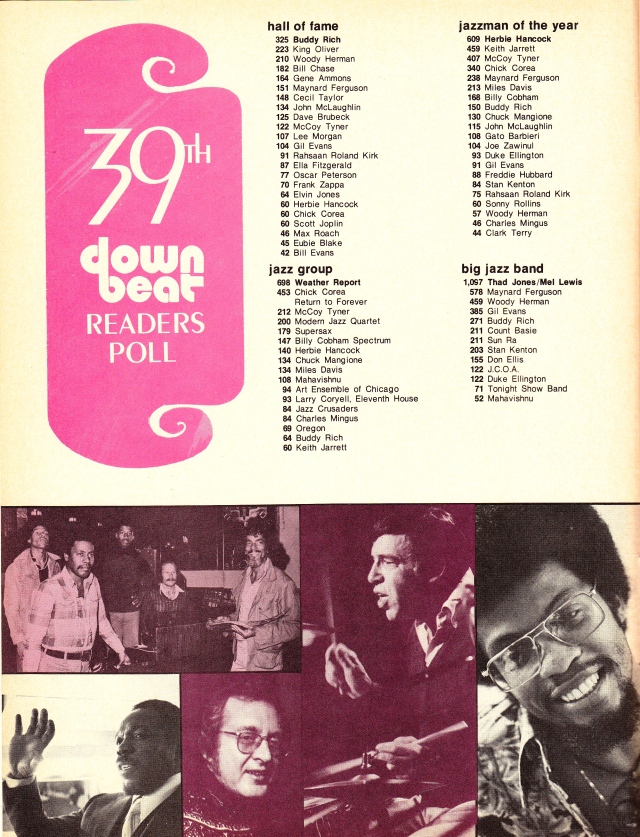 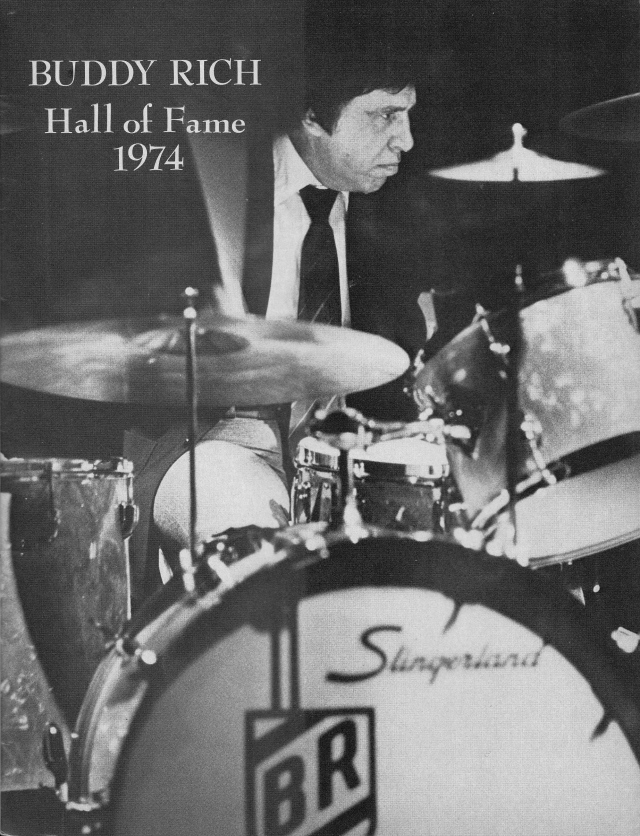