SKF NOTE: I don’t have much to add to my written introduction to Artimus Pyle‘s Modern Drummer interview in April 1983. Paul T. Riddle as co-interviewer was great. His friendship and history with Artimus were invaluable. I’m sure Paul’s presence helped Art feel more relaxed during this interview. And Paul could ask questions about subjects only he, Paul, would know.

I remember the three of us were sitting outdoors on a sunny day at a small circular table, but I don’t remember exactly where we were. Probably somewhere in New Jersey at either Artimus’s hotel or at a nearby restaurant. Also, Riddle and I saw Artimus in concert one night. It may have been the same night as the interview. Sorry, the details on that are fuzzy. For me, the logistics were just another day at the office, so to speak, while employed at Modern Drummer.

One bit of explanation: I removed the yellow aging from some of these 35-year old magazine pages when the page photos and/or ads are in black-and-white anyway. When the photos/ads are in color, I tweaked the page a bit for clarity, but some of the yellowing remains. 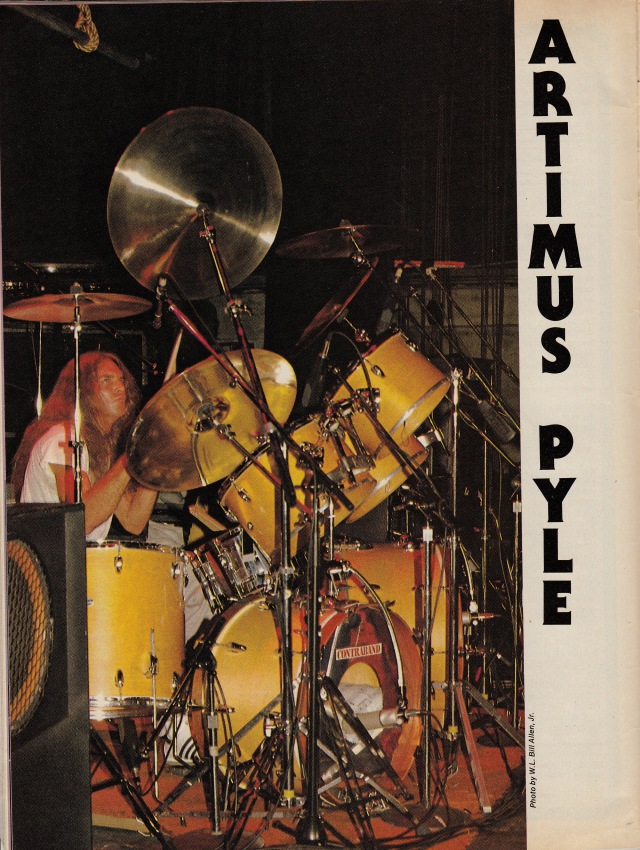