SKF NOTE: One more insightful, brief Down Beat interview. This one by the magazine’s East Coast Editor Dom Cerulli with Gene Krupa for the March 20, 1958 issue. In my lifetime I acquired two large stacks of old Down Beat magazines. In the early 1970’s a music store in Davenport, Iowa sold me a pile they had stored in their basement. About a decade later I was given another large pile by a college library in upstate New York.

Prior to the internet — and actually right up to today — these old magazines helped me tremendously with my research. That is, research for writing magazine pieces, but also, research for expanding my own knowledge of jazz (mostly) and popular music.

Part of the beauty of this interview is that it captures Krupa’s thinking at a moment in 1958. If another writer, ten years later, asked Krupa about the drummers and other topics included here, Krupa most likely would have given different answers. And maybe no answers at all.

Here’s a favorite Krupa pull quote from this interview:

As I’ve studied the work of the rookies, one factor became very obvious: whether a chap played with flawless technique, whether he featured a solo style, whether his forte was in staying in the background feeding and helping the front line, the thing which made me think he was destined for greatness was his ability to play emotionally and from the heart. 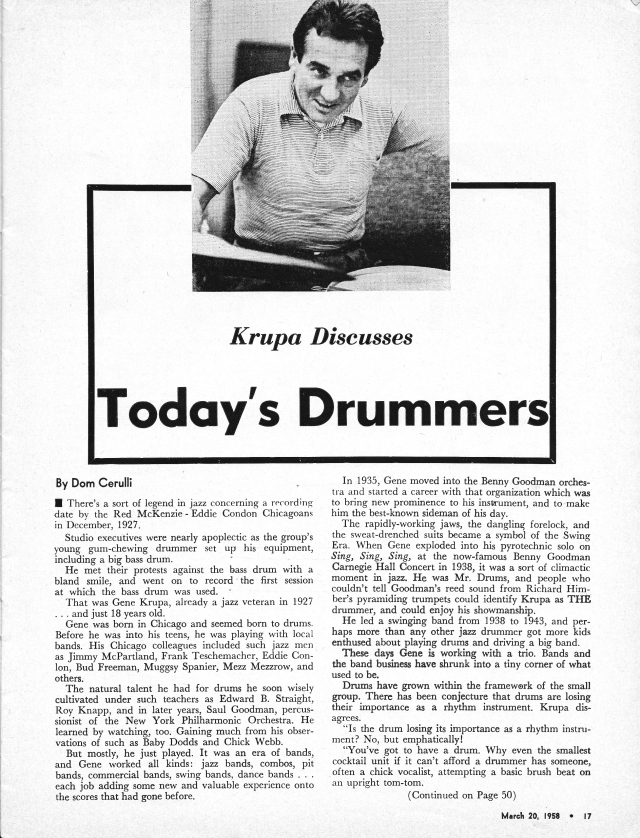 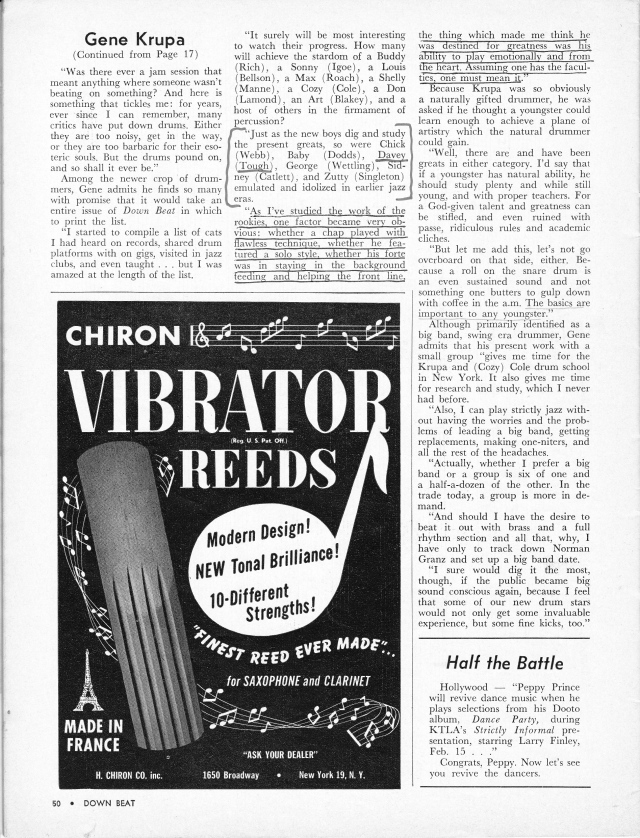 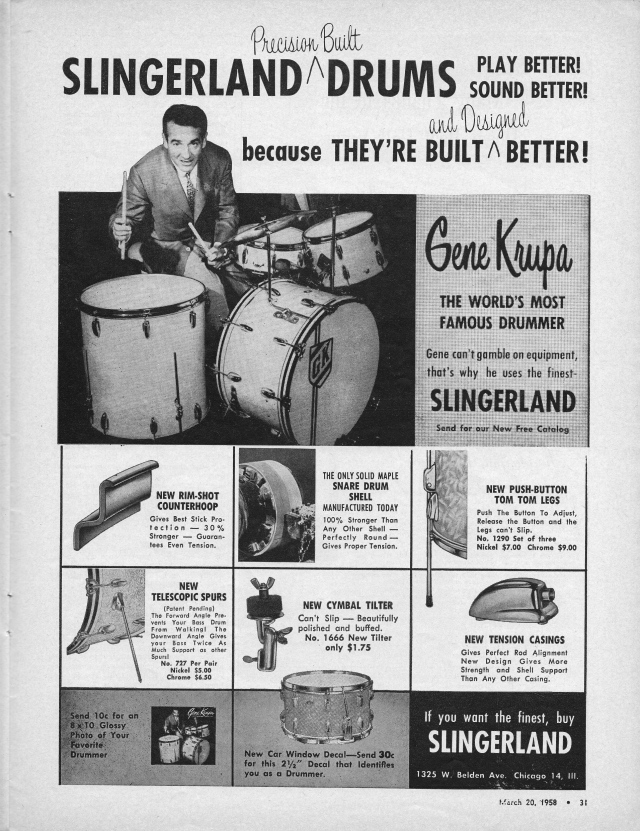