Posted on February 2, 2015 by scottkfish

SKF NOTE: No new news here, but always nice to hear from someone who understands the core of great drumming.

Ex-producer Mark Hudson still heaps praise on Ringo Starr: ‘He plays the song’
FEBRUARY 1, 2015
BY SOMETHING ELSE! 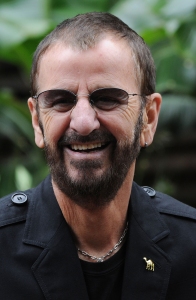 Grammy-winning Beatles nut Mark Hudson…says…“I’ve worked with every great drummer on the planet. Ringo Starr is the greatest rock drummer that I’ve ever heard — and I can tell you why: He plays the song, and that’s what the difference is. Other guys are grooving, and paradiddling. Ringo Starr plays the song.”

“Ringo knows when not to do a fill, and know when to do a fill,” Hudson adds, noting that he approaches the drums from the right, even though he’s lefthanded. “That’s why it’s so dynamic. As opposed to the right hand, he comes on with the left — and his drum fills are different than anybody else’s. I loved it. Every record that I did with him, I learned something.”