SKF NOTE: The great drummer Earl Palmer told me he was the drummer on Little Richards’ records, and Charles Connor was Little Richard‘s touring drummer. Mr. Palmer, if memory serves, said there may have been some exceptions to that. But not many.

I had a phone conversation once or twice at Modern Drummer with someone representing Charles Connor about an interview. If that interview happened, it happened after I left MD.

I just found this Christmas card from Mr. Connor. Interesting it’s postmarked December 1985. I left Modern Drummer in October 1983. I can’t explain the dates. The card was sent to me at MD. MD forwarded the card to my home address. 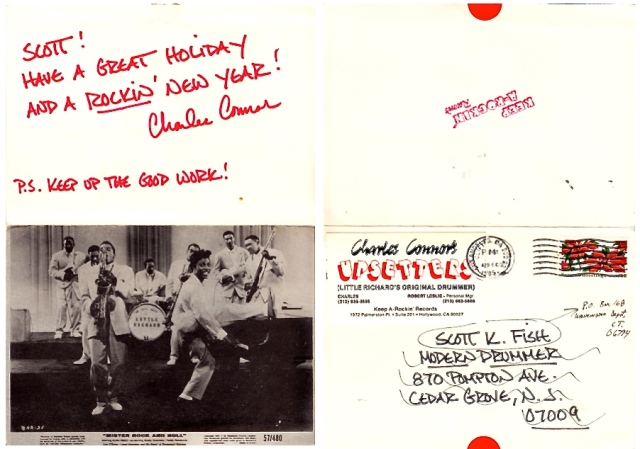