Posted on November 1, 2014 by scottkfish

[SKF NOTE: Jim Keltner is a wonderful human being AND a first-class drummer. I consider Jim a friend going back to 1981 when I did his first feature interview for Modern Drummer. A great guy, Jim was always, always helpful to MD. For example, MD would not have interviewed Charlie Watts or Ringo Starr without Jim Keltner’s help.

I wish, I wish, I wish Jim would write an autobiography. And I’d love to work with him on it. But he has been a part of so much popular music history – it would be a great loss if he didn’t leave his wisdom for the ages. I’m not talking about a kiss-and-tell book. Just a straight-ahead telling of his stories.] 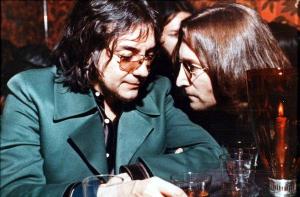 The Oklahoma Music Hall of Fame is set to induct five new members….

You might not know the name Jim Keltner, but you’ve probably heard him playing drums on some of your favorite songs for the last 50 years.

“He is the session drummer of the rock and pop era, from the mid-1960s to the present day. That includes an incredible list of artists. It’s one of those jaw-droppers, whether it’s John Lennon or Ringo Starr or George Harrison, with whom he played on all significant tracks by those three former Beatles.”

George Harrison was such a fan of Keltner, he created a fictitious Jim Keltner Fan Club, which was listed on the back cover of his 1973 album, Living in the Material World.

The list of artists Keltner has recorded with is exhaustive.

At the age of 72, Keltner’s work continues to appear in popular music and film.