J.R. Mitchell: All The Time, Music Has to Swing 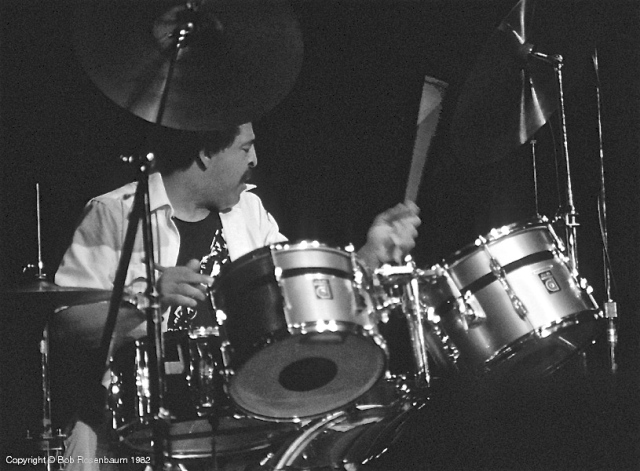 SKF NOTE: J.R. Mitchell was an interesting man to interview in 1983. A multi-faceted musician, Mr. Mitchell played drums, taught college classes in jazz history, had his own record label, and played, in his own words, “creative music.”

At one point I asked Mitchell to describe the function of the drumset in the music he described as “creative music.” His response includes a view of musicians getting too deep into analyzing music, too attached to charts and written notes.

J.R. Mitchell: Well, in creative music one very rarely uses the bass drum. In a big band you have to [use the bass drum] because it helps push it. But the bass drum is actually only supposed to be used for accents. Other than that, in terms of keeping time, the sock cymbal does it…either on [beats] 2 and 4, or 1 and 3.

JRM: Well, Elvin’s shit is poly.., but I bet you if you notated it and said, “Elvin, this is what you just played,” he wouldn’t be able to play it. It’s fine to analyze. But, some artists [analyze] so much that they forget that one [thing] music has to do all the time is swing.

I was playing with Jacki Byard‘s big band.., reading the charts right down. Jacki had given me the music ahead of time. [But], he told me at the rehearsal, “Man, you’re not swinging. You’re reading the music, but you’re not pushing the band.” And that’s what was happening.

I played in George Russell‘s ensemble. The music was real interesting and…very challenging. But in all the time I played in it, [Russell’s] band never swung. And it wasn’t just me. The music was very creative.., very rhythmic, but it never swung. [You] couldn’t really pop your fingers to it or…dance. And it happens when musicians get so technical.

http://wp.me/P4vfuP-1
View all posts by scottkfish →
This entry was posted in SKF Blog and tagged creative music, J.R. Mitchell, SKF Blog. Bookmark the permalink.
Alex Ross: The Rest Is Noise