SKF NOTE: This story is from the full typed transcript of my interview with Jimmy Webb somewhere between 1980-83. I edited the interview for a short piece in Mix magazine, which the magazine editors, unfortunately, edited again, changing the entire tone of the story.

Reading the transcript last night I came upon Jimmy Webb’s story about his part in causing Ringo to retire the drumset Ringo used on the Beatles’ Sgt. Pepper’s Lonely Hearts Club Band album.

Scott K Fish: You got to meet the Beatles when you were in England, didn’t you?

Jimmy Webb: Yeah. I met them when they were working on The White Album at Trident [Studios]. I’ve run into them occasionally for years. Off and on. Odd ones of them. I spent more time with Ringo than anybody else because of Harry [Nilsson]. Ringo played on my album, Land’s End.

I remember one time in the studio I was real excited because Ringo brought in the drumset he’d played Sgt. Pepper on. His old drumset was there. 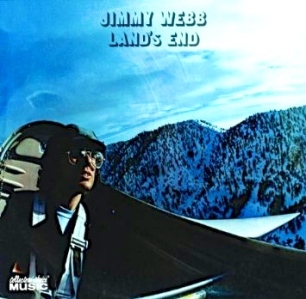 So then the assistant engineer went out and started hitting the drums. He hit the drums for a couple of days. This is a real strange creative process we were involved in. Then, I think, the third day or something we finally got around to playing.

I think finally we got a take.

But I heard later from Harry Nilsson that Ringo was so frustrated by this that he took these great drums that he had played all these records on — and he put them in the back of a garage somewhere — and he didn’t play for, like, a year. I’ve always felt really terrible about that. That I was involved in that much frustration for the guy [Ringo] that he would actually retire a drumset. Even temporarily.

Vimeo Blog
Confessions Of an Idiot
The Immortal Jukebox