A Tribute to Drummer Phillip Wilson

Blues took a different turn, starting in the ’60s, when played by British blues and pop bands. And sometimes British blues bands became pop bands: John Mayall & the Bluesbreakers, Fleetwood Mac, The Rolling Stones, and The Animals, for example. 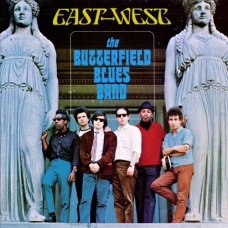 As the 12- and 16-bar blues format became a pop music staple, the drumming lost the subtleties of the Chicago blues innovators. In pop music, blues drumming quite often is played balls-to-the-wall with a simple 12/8 beat on the ride cymbal, and a heavy snare backbeat on beats 2 and 4.

Some drummers in pop bands kept alive the dynamics of the best blues drumming: Levon Helm with The Band, John Bonham with Led Zeppelin, and Phillip Wilson with The Paul Butterfield Blues Band.

In my experience, the Butterfield Blues Band’s 1966 East-West album helped many baby-boomer listeners transition to jazz from rock. East-West has all jazz’s key elements: the blues song forms, jamming, and three unique soloists willing and able to stretch out: Paul Butterfield on harmonica, and both Mike Bloomfield and Elvin Bishop on guitars.

In December 1967 the BBB released The Resurrection of Pigboy Crabshaw with an added horn section and drummer Phillip Wilson. In my view, Phillip Wilson’s playing on Pigboy Crabshaw and the group’s 1968 follow-up album, In My Own Dream, took the innovations of the great Chicago blues drummers to a new level.

Mr. Wilson blazed a trail in a direction opposite his plodding, balls-to-the-wall blues drumming contemporaries. Listen to his playing on the opening song on Pigboy Crabshaw, Last Hope’s Gone — which was my first exposure to Phillip Wilson. Wilson used his drums and cymbals to dance his way through these songs, slipping and sliding, singing, joking, and when need be, digging in.

Phillip Wilson was a first-class listener. His interaction with his team mates on these two albums is superb. Re-listening to these albums yesterday I had trouble picking just two songs illustrating Wilson’s transitional drumming. Also, the Butterfield Blues Band — especially these two albums — were such a part of my musical life in high school. My musician friends and I listened to these albums countless times, playing several of the songs — Drunk Again, Born Under a Bad Sign, Driftin’ and Driftin’ — as part of our Neighborhood Blues Boys repertoire.

One day, walking in New York City’s Washington Square, I saw Phillip Wilson walking my way. “Are you Phillip Wilson?” I asked. He hesitated a moment before saying he was. I don’t remember exactly what I said, but I remember telling Phillip Wilson how much I liked his drumming. He said thank you.

I am glad our paths continue to cross musically, and I am glad I was able to thank Phillip Wilson, in person, for inspiring this young drummer, opening my ears to new musicial possibilities for blues drumming and beyond.