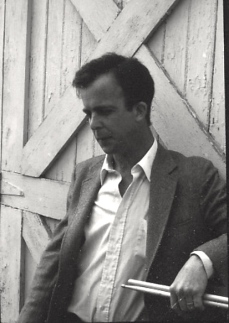 SKF NOTE: Drum sticks! Most of the how-to stuff I see and read now is about learning to play the drumset with drum sticks. Groove is a buzz word, i.e. How to play a funk groove, or Here’s a guy playing an awesome (another buzz word) groove.

Where is the how-to stuff about the great drummer qualities having more to do with the heart (emotion) than the head (logic)? Here are some examples I’m thinking about this morning:

A good sense of time. There is no one definition of keeping good time. Sometimes keeping good time requires precision drumming. In other situations good time means an ability to stretch time without losing time. The drummer’s main function, I’ve heard it said often, is to keep time. Tony Williams, when he was still playing with Miles Davis’s Second Great Quintet, said it was not his job to keep time. If the other musicians didn’t know where the one beat is, Tony said, they don’t belong on the bandstand.

Where are drummers learning how to play soft mallets on the drumset? Max Roach is the first drummer I heard — not saw — use soft mallets. It was on the Clifford Brown & Max Roach recording of Delilah. Mallets aren’t simply stick substitutes. I’ve never seen a drummer rely on a gig on his soft mallets because he forgot his drum sticks.

Or Alan Dawson playing the entire Indian Song using one drum stick and one maracca. Where did Mr. Dawson learn to create that sound?

Drummers playing standards or songs where lyrics are essential to the song? The best drummers know the song lyrics. Is anyone teaching drummers that?

Singing drummers! Is there a manual for how to sing and play drums at the same time?

Learn to listen. Be a good listener. These truisms pop up all the time in music conversations. Okay, but what are drummers supposed to listen to? What are other musicians expecting drummers to hear? And when listening drummers do hear it — what are they supposed to do with it?

Drumming at its roots is absorbed through the ears. Yes, drumming has a visual component. But a drummer who looks great, sounds lousy, and can’t get along with any other musicians is not of much use.

These are just some of the drumming things I’m think about this morning.