Big Sid died when his son was age two. I came across this YouTube clip of basketball legend Kareem Abdul Jabbar on tv, telling the story of how he came across a DVD with Big Sid Catlett playing and talking. “Out of the blue,” he called “Little” Sid and told him about the DVD.

“I had never heard my father speak,” Little Sid says. “I didn’t have a clue he was in the movies. So here I was, a guy in his fifties, hearing his dad talk for the first time. It was an incredibly private, emotional moment.” 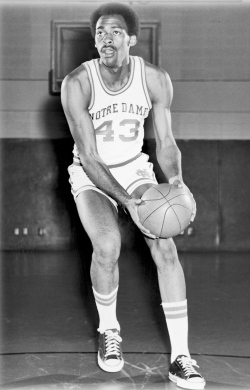 …Catlett’s dad…was Big Sid Catlett, literally and figuratively among the biggest drummers of the 1930s and 1940s. Big Sid pounded out the beat for, among others, Dizzy Gillespie, Charlie Parker, Benny Goodman, and Louis Armstrong.

“Sid was a powerhouse,” says Rob Bamberger, host of “Hot Jazz Saturday Night” on WAMU-FM. “Benny Goodman thought him too loud when Sid was with [Goodman’s big band].”

Big Sid is also regarded as a trail-blazing entertainer. His assortment of crowd-pleasing tricks included throwing a stick in the air and lighting a cigarette before it came down, all without missing a beat.

Little Sid’s parents—Big Sid and the former Florence Jackson—met when the drummer played a gig in D.C., her hometown.

After getting married, the couple made a home in Big Sid’s hometown of Chicago. Little Sid was born there in 1948. But on Easter Sunday of 1951, Big Sid had a heart attack backstage at the Chicago Opera House. He died at 41 years old.

Little Sid was only two.

“I have almost no recollection of my father,” he says.

Little Sid remembers playing the drums a lot in his early years, trying to imitate what he’d heard on the Big Sid 78s he says his mother played “all the time.”

“But then I’m 12 years old and I’m 6-foot-2,” he says, “and there was no way I’d survive in the community without playing basketball. I couldn’t serve two masters.”

So Catlett put down the sticks…. 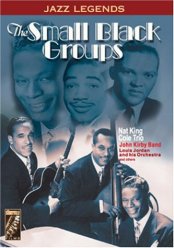 Fast forward to 2003. [Kareem[ Abdul-Jabbar was in D.C. on a book tour and…called Catlett at home. He mentioned a French DVD he’d found.., The Small Black Groups. The compilation of vintage movie clips, he said, included footage of Big Sid’s appearances in a pair of 1940s feature films.

Catlett jumped in his car and drove to the old Tower Records in Rockville. There was a copy of the DVD in stock. Catlett brought the disc home. Sitting alone in his living room, he put it on.

Sure enough, there was his dad pounding out the big beat. And, as billed, Big Sid had small speaking parts, too.

“I had never heard my father speak,” Little Sid says. “I didn’t have a clue he was in the movies. So here I was, a guy in his fifties, hearing his dad talk for the first time. It was an incredibly private, emotional moment.”

…Catlett isn’t convinced he ever would have come across those special clips if he hadn’t gotten a call “out of the blue” from his old rival.