John Coltrane: How to Listen to Albums

Posted on December 8, 2015 by scottkfish

SKF NOTE: Somewhere — among my magazines, I think — there is a John Coltrane interview in which Coltrane’s how-to-listen-to-albums idea helps my ear training and gives me great joy. Maybe it will do the same for you.

John Coltrane told his interviewer if you really want to hear an album, listen to it once for each musician on the album so “you can hear what each man is doing.” 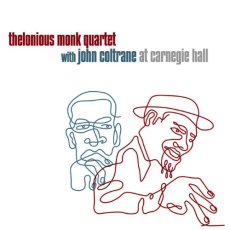 The next time you listen to that album, focus in the same way on drummer Shadow Wilson. Then on John Coltrane. And then on bassist Ahmed Abdul-Malik.

I can’t remember if Coltrane also told the interviewer to listen to albums once focusing on the whole band. I think he did.

4 Responses to John Coltrane: How to Listen to Albums