SKF NOTE: My pattern of studying music history: When I hear for the first time a musician I like, I then listen to their every album and read everything I can about them. That’s true of all music genres.

In the last two decades digital technology made available, more than ever, music and reading material. I used the opportunity to revisit music and stories of musicians I knew, but had not studied, including Kenny Dorham.

My first objective listen to Kenny Dorham was on the Art Blakey & The Jazz Messengers at the Cafe Bohemia albums.

His partnerships on record with Joe Henderson — Page One, Mode for Joe, Our Thing, In ‘N Out — are all great. And among his albums as a leader I like Afro-Cuban, Quiet Kenny, and The Complete ‘Round About Midnight At the Cafe Bohemia. Art Blakey, Elvin Jones, Pete LaRoca, and Tony Williams are among the drummers on Kenny Dorham’s’ albums.

Kenny Dorham left a strong musical legacy, but as noted in his Down Beat obituary, he died much too young. 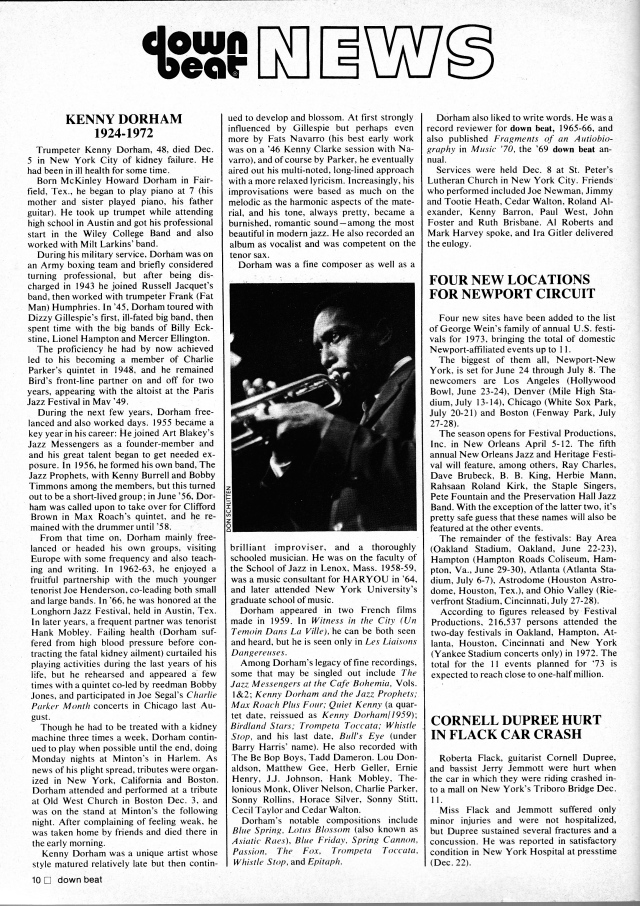