Revisiting My Life in Music: The Earliest Music in My Life 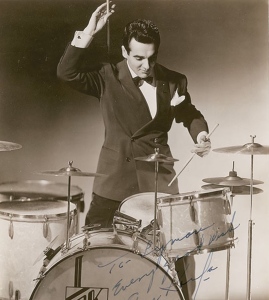 In my first blog post I write of how important to my eventual music writing was hearing, at age six, my Uncle Bob’s recording of Gene Krupa‘s China Boy, and also, discovering Uncle Bob’s mismatched four-piece drumset and loving its “sound” – especially the small tom-tom.

Rock was in its infancy when I was a kid, so I grew up hearing the popular music of my parents’ World War II generation, plus the emerging rock music of my generation, mostly on AM radio. My mother loved Al Jolson. She also played the upright piano at home and I loved hearing her play, “Theme from the High and the Mighty,” by Dimitri Tiomkin. 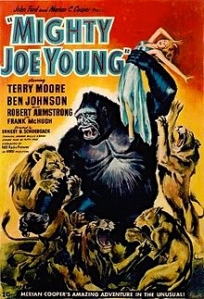 Other songs/melodies I liked growing up were, Stephen Foster’s Beautiful Dreamer, from the movie Mighty Joe Young, Nat King Cole’s Ramblin’ Rose. Mitch Miller had a hit t.v. show of his men’s chorus singing “an alternative to rock ’n’ roll.” In his New York Times obituary it said, “Mr. Miller came up with the idea for his singalong albums in 1958, drawing on a repertory that ordinary people had sung in churches and parlors for decades.”

My 7th grade music teacher, Mr. Robinson, often taught our class to sing those same songs, often by singing along with Mitch. (Mr. Miller also played oboe on and produced some of Charlie Parker’s string albums.)

My classmate, Kevin Darby, was the first to introduce me to rock ’n’ roll. Kevin tried explaining it in words. I don’t remember what he said, but he finished by playing me his brother’s 45-rpm Party Doll, by Buddy Knox (1957). 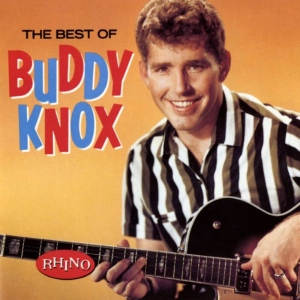 The Party Doll drummer is David Alldred. Of Alldred and the Party Doll recording session, Buddy Knox said, “We didn’t have a drummer, but a boy by the name of David Alldred, who joined the band later, was a session player for Norman Petty, so we used him. I can remember looking at him and all he had was two drumsticks and a box with cotton pushed up in it. I still think that makes a heck of a drum sound.”

Alldred was ahead of his time. Today it’s fashionable to have very expensive drumsets that sound like boxes full of cotton.

Gene Krupa, great American songwriters, early rock ’n’ rollers. These are examples of the sounds of my earliest musical life.

1 Response to Revisiting My Life in Music: The Earliest Music in My Life